An idea by Jan Brian Soliven

An idea by Jan Brian Soliven 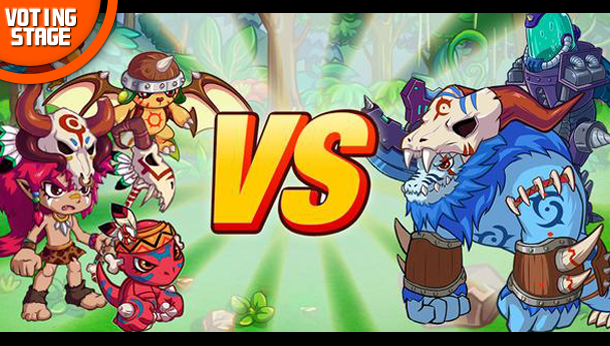 Concept:
The nature of this game will be a combination of hardcore strategy melded with the challenging world of education. This will be a turn-based game wherein players will need to answer questions, mostly everything under the sun, in order to move and defeat enemies.
There can be two modes for this game: Story/Adventure mode or PVP.

Characters:
Characters will be from the game, Forest Defense. They will be divided into two groups which are: Old-Tree Hamadryad and the Automata.
Each character will have three stats: Attack, Defense, Moves per Question (this will indicate how far a unit can go with every correct answer).

Mechanics:
Characters to be used will be from Forest Defense.
1. Players will start on a “table”. Please refer to the image.
2. A player’s team will consist of people from Old-Tree Hamadryad while enemy teams will be the Automata.
3. During a player’s turn:
a. Players will be asked one question (such as general information) which needs to be answered within 15 seconds:
Example: What is at the center of our Solar System – the answer is ‘Sun’.
b. If answered correctly, players can move their character based on the number of moves per question assigned.
Example: Character 1 has 3 moves per question. After one correct answer, he can move 3 tiles towards the enemy, or to dodge the enemy.
c. If a character from the player’s team reaches an opponent, a math question will be asked. The correct answer will be the number of times a player can attack.
Example: Subtraction, 5-2=3. So the player can attack 3 times, this will ensure an easier way to end each game.
4. For an enemy’s turn on Story mode, there is potential to have AI for both Easy and Hard difficulty modes. The difference will only be the moves assigned to each character.
Example: The Easy AI will only have 1-3 moves per character and can only attack once every time it reaches the player’s unit. For the Hard AI, it will be 2-4 moves per character and can attack the player’s unit twice.
5. For PVP mode, details of the 3rd mechanic will apply to both players.

Advantages:
1. We can focus on a target audience who loves educational games, as well as players who love strategy games.
2. Our market can start from those aged 10 and above.
3. We can consider cash shops, from which players can make in-app purchases to:
a. Unlock heroes
b. Gain equipment which can increase their stats of Attack, Defense, or Moves per Question.
c. Include Lifelines, such as 50:50 (which will remove two wrong answers from the choices), and an option to reveal the correct answer.
4. Players who are fans of tactical RPGs might enjoy having such a game on their mobile phones.